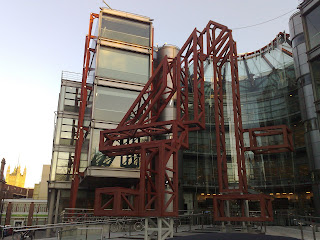 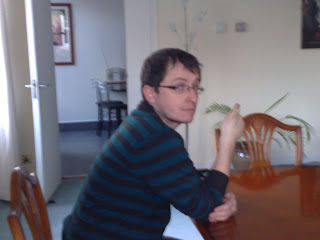 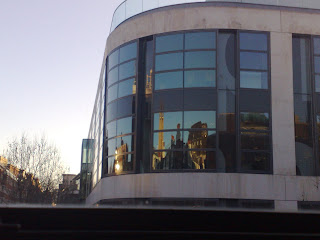 Think it is time we did a new blog entry.

It's been awhile as last year involved alot of development work and not so much travelling and exciting things.

Today we are in London, in my aunt and uncle's flat near Channel 4's HQ, preparing to show Heartlands to Channel 4 people, as part of Mudlark, our new company, in an attempt to get investment in the game to take it to market. Tomorrow is the big day and we have spent the afternoon checking the map works in the area (the heart of London, Westminster - round the corner from the houses of parliament) and sorting out what we thought was the cold affecting the heart rate monitors but was something way more easy to sort out. Sods law that no matter how much the game is sorted out the last time we looked at it there is always something new that arises! But playing today round the streets of power in London is the best we have ever seen it. S fingers crossed for tomorrow.

Aside from this, things are going well with AI, we are pleased and excited to announce we have received funding from the Arts Council to work on the Dark Forest, a project in collaboration with Mobilefest in Brazil, a cultural exchange and artwork between Sherwood Forest and the Amazon Rainforest that will result in an expedition along the BR 163 road through the Amazon this summer.

So, today we worked on the game and finished early and amazingly chilled out, having wandered the streets between the flat and Horseferry Road, we then went looking for food, and found a great Turkish Restuarant where we are Meze and the best Haloumi i've ever had ( a plateful of haloumi kebab mmm...), Matt had some meat thing he was much impressed with.
Posted by ai at 12:47 PM