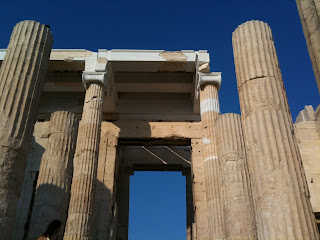 The conference has been a good if not a slightly random one.

The panels I attended were really fascinating on the whole with such diverse subjects as the history of the Black Arts Council in the US, Screenplay methods (Jools from Nottingham), lots about practice research which is really good for my PhD arguments and the wierdest last one that I attended because it sounded completely crazy and involved a huge attractive Texan Professor talking about Sky Diving, Scuba Diving and the sublime, referencing Jonathan Living Seagull. I thought i'd gone into the wrong conference and ended up in a marine equipment convention, which was fine by me...

Our session on Tuesday went well I think, lots of good feedback although I was terrified of how to merge my normal presentation style of talking generally, however it comes based on my chosen selection of pretty pictures and the seemingly accepted style of reading from the paper. I attempted to merge the two and after two minutes when I thought I was going to choke and the audience die of boredom I managed to get into the swing of it. People said it worked well so i'll trust it did and lots of people came up and talked about the project, was very interested in the climate change stuff and generally met a bunch of really lovely, interesting people from it.

The rest of the panel was great, although a wierd selection of digital arts type stuff. Una was fantastic, talking about her project with Marina involving posting animals (particularly Raccoons) into Google Street View, looking at how animals are reinhabiting cities. It was humourous and interesting to find out more about her work looking at animals.

Kathy (who I had great chats with yesterday) from Philidelphia presented some really cool software that she is using to teach about fashion design, costume and textiles, she is a wonderfully interesting person and I really enjoyed sitting in the bar and chatting with her on the greek islands yesterday, comparing corporate horror stories and chatting about romance, life, being one of so few woman in a world of male geeks.

After the panel me, Una and Shonu (Una's daughter) went to the roof lounge and celebrated with extra large gin and tonics overlooking the Pantheon at midday, bliss. We then returned to the hotel for a sleep and I had a wander round.

The afternoon involved a wonderful walk round the Pantheon, we explored the ruins and laughed at the rusty engineering littered about and admired the AMAZING views. They felt practically religous but not quite, you could see what the Ancient Greeks were trying to. We've had lots of talks about Atheism, Communism and Richard Dawkins over the last couple of days.

The evening ended with Retsina (fizzy red wine, whats that about??) and a meal in a taverna where my vegetarian option never came.

Yesterday was heaven, a cruise around 3 islands Hydra, Aegina and cant remember the name of the first one. Lots of sea, sun, rocks, pistachio trees, olive trees, bars, Ouzo, seafood, pina coladas, Ouzo, mythos beer, Jools Ska dancing to Greek Music, greek elvis, dancing greek man with a strange foot fetish, lounging on deck and talking incessantly about stuff, great chat about performance with Kevin and Suzanna from Philidelphia, good talks about Prussia with Ana from Riga, such lovely people. The day ended with a takeout from the vegetarian restaurant eating on the roof with one last pina colada overlooking the Acropylis with Jools, Una and Shonu. A great day.

On the way home we walked past the Bank of Greece as a van of riot police was emptying out, there was hardly anyone there, but it's definately a reminder that all is not heaven and bliss here or in the world.