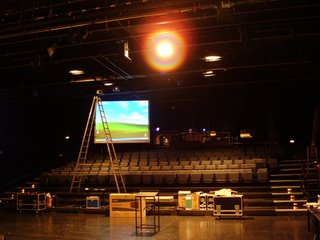 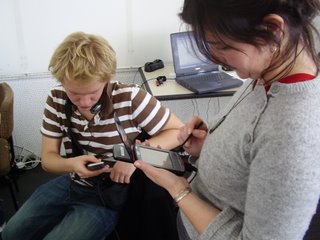 We are just recovering from the chaos of the first night of Trampoline. Everything went well and it was well recieved by about 80% of the audience. Well as they say you can only please all of the people some of the time.

We set up a reception in the main auditorium which was interesting as I was competing with all the other events that were going on as part of the opening night.
Also because I was sat behind a desk everybody assumed I was the info desk for Trampoline. So I felt like I had created an artistic role where I felt like a clerk sat in the middle of a rock concert, processing 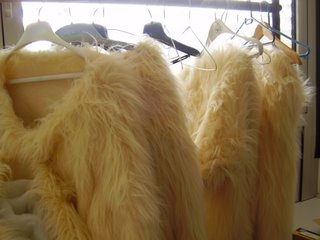 people and answering questions about things I know nothing about in a language I can barely speak.

I didn´t see much of the other work. But I got to see thelast event: Heidi Mortensen a one woman band. That Berlin thing of girl with mic and laptop, Peaches style. Good entertainment, topped off with a last song where she handed out sparklers to the audience which were immediately grabbed by a particulary officious technician patrolling the audience. It was the highlight watching him wander off with a fistful of thirty burning spears muttering to himself about health and safety. Well that´s what I thought in my no sprackenzie deutsch imagination.
Like Coca Cola, one thing you can rely on - technicians are the same the world over.