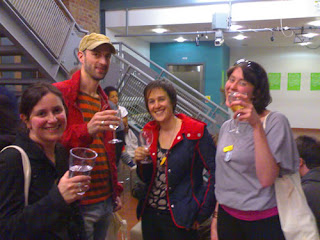 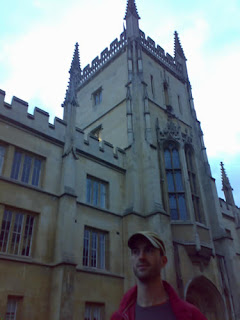 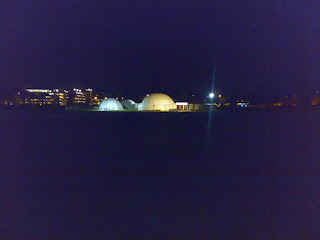 The Domes in Parkers Piece lit at night, the central point of the festival. 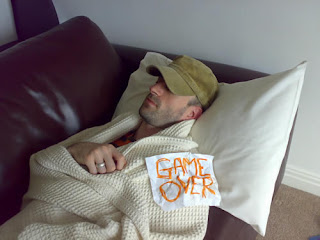 We have all had the lurgy this week. Robin fell asleep on the job. 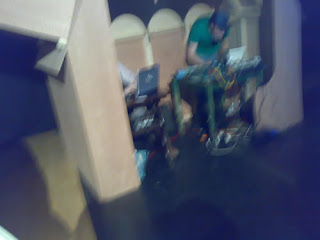 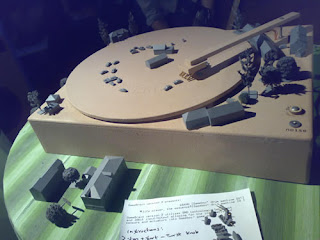 Today we start in Cambridge. We are all set, I wont say everything is working because I am getting superstitious about Dragons (as you should be when messing with myths!) but the set up has gone well and all our tests have been pretty succesful.

The venue is ok, certainly will get alot of interest as right next to the student union at Anglia Ruskin. We have a really enthusiastic volunteer working with us, Window he's called (well Chris) who looks great in the Monster costume as he is about 7ft tall!

Last night was the launch night and was nice to catch up with all the people we know and have met from our previous workings in Cambridge, and met some very interesting artists from Bristol who also work with MRL and do pervasive stuff. Polar they are called.

The launch had a good night of Cornish Rave performance, was funny and odd interactive music making installations. Saw a cool acid techno drummer, who had set up a laptop to a drum kit and made live techno by drumming, was itching to have a go. Getting a wah wah wah by banging away, cool.
Posted by ai at 12:49 AM