Pictures:
Lombard Street, where Bullet was filmed - our taxi driver did a very scary impression of the car chase down here!
Museum of Modern Art - me and Robin sneaked off on the last day to get away from games and look at fine art, bliss, my centre of worship. Lichenstein, Picasso...
Leif at the Nokia Ngage party, free bar (really... even the champagne), Leif got very drunk, well we all did, lots of cool geeks there! and we all got a free Nokia blow up sofa that supposedly Capra took to Yosemite and blew up and sat amongst the trees on it (this is a second hand story)
Out and about round Union Square, a tram turning on it's turning thing.
A fire engine (how old fashioned is that? I thought America was a futuristic society)
Houses like in all the films.
Capra - King of the World! He came from the jungle and now look at him in the Hilton hotel, San Francisco negotiating contracts with Hewlett Packard (his words)
Big bus - another example of the futuristic look of America!
What we were really doing there - sitting a computers in a hotel room. 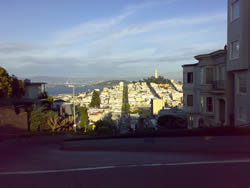 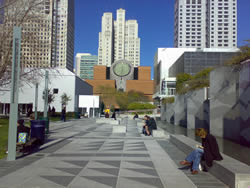 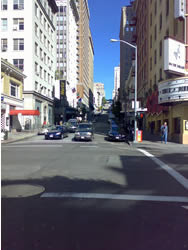 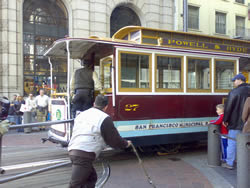 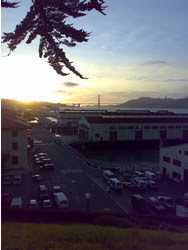 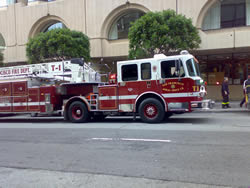 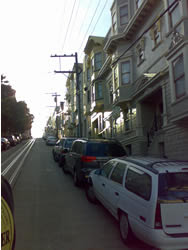 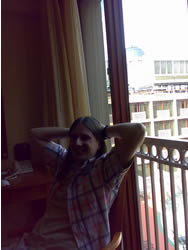 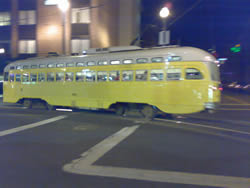 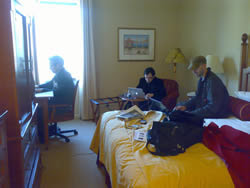